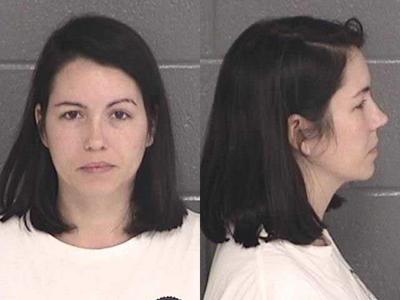 A now-former Georgia high school employee was arrested Friday and charged with having sex with “several” high school students at her home and providing them with alcohol, say police.

Heather Kishun, 35, of Bethlehem, was arrested Friday and charged with aggravated child molestation, child molestation, contributing to the delinquency of a minor, furnishing alcoholic beverages to persons below the legal age and sexual assault against a person enrolled in school.

She was taken into custody “in reference to an incident that occurred at her residence involving students of Apalachee High School,” the Barrow County Sheriff’s Office says in a statement.

The arrest came after the sheriff’s office was notified that Kishun was having “an inappropriate relationship with students” and began investigating.

Kishun was a Barrow County School System employee at the time of the incident, but there is no information that any inappropriate contact occurred at any schools where she worked.

She is no longer employed with the school system.

According to her Linkedin page, she once worked as a teacher at Gwinnett County Public Schools.

On Friday she appeared in Magistrate Court where she was denied bond.

Her case has been referred to the Superior Court.

It is unclear if she has retained an attorney who can speak on her behalf.