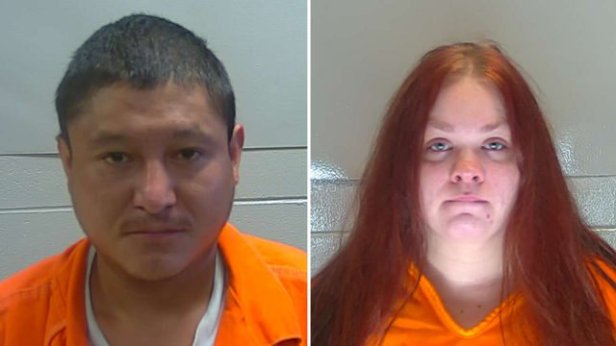 A Mississippi couple is now facing felony child deprivation charges after deputies found a naked five-year-old wandering the street in the middle of the night.

Authorities said. According to WTVA, Alejandro Trejo Martinez 31, and Britney Brooks 26, of Lowndes County, were arrested Friday after deputies spotted the child on Robin Circle not far from the couple’s Hughes Road home.

When deputies arrived at the home, a door was open and a “horrible stench filled the air,” authorities said. Lowndes County chief Deputy Greg Wright told WCBI that the families living conditions were “deplorable.”

“Based on the photographs I’ve seen, it reminds me of a trash dump”, Wright told the station. Deputy said three more children, ages 10, 2 and 1, lived in the home and appeared to be neglected. They are now in state custody of authorities said.