This is a beautiful couple, but I cannot imagine that they just disappeared in the waters and all of a sudden no one has seen them. Chances are, the entire jet ski story basically gives the impression that they are lost at sea. And that absolutely sucks, because that could be a complete lie. I do not believe that for one moment that this couple got lost at sea. These countries are very poor and they have poor people working as tour guides, as jet ski instructors, as bar tenders, and honestly they are jealous of Americans. This couple is probably dead.

Family members say Oscar Suarez took his girlfriend Magdalena Devil to Barbados for her birthday. But the couple disappeared during a jet-ski outing, and now family members in Orlando are doing everything they can to find them.

Suarez, who attended Freedom High School in Orlando for three years, and Devil were originally supposed to go to the Dominican Republic, but with recent travel concerns on the island, family members say they switched their plans at the last minute and booked an all-inclusive resort in Barbados instead.

They were totally right to avoid the Dominican Republic at all costs. But my advice was to stay away from those islands altogether. Go to countries that are more wealthy and aren’t struggling financially. When the only rich people in the country are the tourists and the government you have to expect problems. These countries employ their workers on a dollar a day. Maybe $5.00. They wouldn’t hesitate to kill you and take everything you have. The American dollar is worth more than their money. So robbery is definitely a motivator. And then on top of that, these people when they finally do locate your family members, you have to pay to get them sent back home. And that is a price that they set. To me it seems like one big scam.

Frankly, I would stay away from these places. The majority of them don’t even like black people. They can have your exact same skin tone, the exact texture of their hair can be just like yours, but try associating them with black oh, and a whole nother side of them will come out. It’s an embarrassment to travel to another country and you think you’re going to be considered a brother or sister because you are black, and of the same African descent, but in essence you’re just met with more hostility and more racism and more prejudice against people who look just like you. So I don’t necessarily see a need to travel anywhere to deal with racism, I can get that right here in this country.

Many of them when they come to the United States, they look down on black people, I guess because we were slaves. But the problem is, I don’t think they realize exactly how they got to the Bahamas, or to any of those islands. They tend to think their people migrated some point in time after slavery ended. They are too dumb to realize that their people was actually a part of the same thing and that their ancestors indeed were slaves just like black people in the United States. But you can’t tell them that, because they feel like because they come from an island, and they have a bit of an accent that they are somehow better than African Americans. 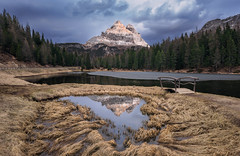 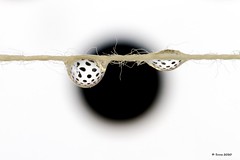 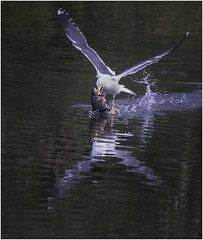