Christopher Paul Hasson, 49, of Silver Spring, Maryland, is alleged to be a white supremacist who had a hit list that included prominent Democratic politicians as well as several journalists from CNN and MSNBC. Hasson’s case was first circulated by counterterrorism expert Seamus Hughes and the George Washington Program on Extremism.

Court documents say Hasson espoused extremist and white supremacist views and allege that he relied on the manifesto of Anders Breivik, a Norwegian who was convicted in 2011 of two terror attacks that killed 77 people.

The government says Hasson also stockpiled steroids and human growth hormone “to increase his ability to conduct attacks,” consistent with the directions in Breivik’s manifesto.

“The defendant is a domestic terrorist, bent on committing acts dangerous to human life that are intended to affect governmental conduct,” prosecutors wrote.

Coast Guard Chief Warrant Officer Barry Lane, spokesman for US Coast Guard Headquarters, said in a statement that the arrest was part of an investigation led by the Coast Guard.

“An active duty Coast Guard member, stationed at Coast Guard Headquarters in Washington, DC, was arrested last week on illegal weapons and drug charges as a result of an ongoing investigation led by the Coast Guard Investigative Service, in cooperation with the FBI and Department of Justice. Because this is an open investigation, the Coast Guard has no further details at this time,” Lane said.

Musing in a draft email acquired by prosecutors, Hasson allegedly wrote, “I am dreaming of a way to kill almost every last person on the earth.”

When law enforcement agents searched his house, they found 15 guns and more than 1,000 rounds of ammunition, according to the documents.

Hasson, who is assigned to Coast Guard Headquarters in Washington, is a former Marine. He will appear Thursday in US District Court for the District of Maryland for a hearing.

In a statement, Blumenthal spokeswoman Maria McElwain said he was thankful for the FBI’s intervention.

“Senator Blumenthal is grateful to the FBI and federal prosecutors for their work on this case and their ongoing efforts to combat violent and hateful extremism,” McElwain said.

But racism is gone. We should get over it and stop rehashing old news….OR this racist piece of shit hates everybody who doesn’t agree with his views and was willing to kill INNOCENT people who are merely exercising their freedoms to believe as they see fit.

White supremacy won’t go away. And no matter how we try to move past it by turning a blind eye to it, it’ll remain because we have rights. This moron has a right to FEEL however he wishes. But he doesn’t have the rights to ACT on those thoughts. What’s wrong with respecting different views or in the least, tolerance!? What’s the issue?

So am I to understand that WHITE Supremacy isn’t about supporting all whites? Because clearly this dude has got to realize that there are millions of white Democrats. But he’s willing to kill them as well huh? What kind of sense does that make? To Me, that’s like saying that you’re pro life but you continue to have abortions. This is about control. He claims that he needs A WHITE HOMELAND, but that’s not what he means. He means we need to live in a country with a strict dictator who thinks exactly as he thinks and that all others must die. And that would include any white person who doesn’t agree with his foolishness. How many more of these types are lurking and plotting to kill off those who oppose them? We caught this one… 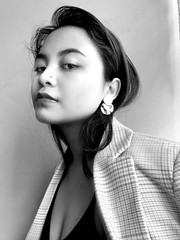