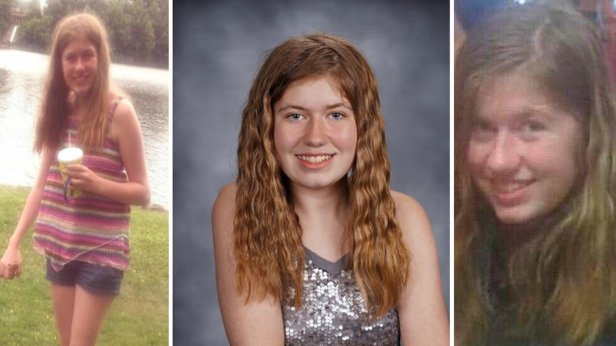 Missing teen Jayme Closs was found alive and a suspect is in custody, the Barron County Sheriff’s Department reported on its Facebook page Thursday night.

Jayme vanished early Oct. 15 when sheriff’s deputies, responding to a 911 call, found the door to her family’s home near Barron kicked in. Her parents, James, 56, and Denise, 46, were found shot to death, but Jayme was missing. She had not been seen or heard from since.

The Sheriff’s Department was notified earlier Thursday evening by the Douglas County Sheriff’s Office that it had located Jayme, 13, a student at Riverview Middle School in Barron, the Facebook post said.

The Minneapolis Star Tribune reported that a source with knowledge of the investigation said Jayme escaped from a home and approached a neighbor, identifying herself and asking the neighbor to call 911.

“I honestly had faith. I figured if they hadn’t found her by now that the person that did this didn’t want her dead, so I had hope. Every day there was hope. We had too much love and support around us for us to give up.”

The Douglas County Sheriff’s Office confirmed on its website that Jayme was found in the Town of Gordon at 4:43 p.m. and a suspect was taken into custody at 4:54 p.m.

KARE reported that the Gordon Town Board chairman said Jayme was found at Eau Claire Acres, a small development about six miles east of Gordon on Highway Y. Gordon is about 70 miles north of Barron along U.S. Route 53.

The Closs home sits in a wooded area along a main road.

Engelhardt told KARE that she thinks Closs will be home Thursday night or Friday. She said the family does not believe Jayme is physically hurt that they know of, and that the FBI told the family she is talking and answering questions.

Jeff Closs, Jayme’s uncle, told KARE that the family is in shock.

“It was just unbelievable because you hear about … you’re not sure if she’s not going to be found. And when you actually hear it, it’s just unbelievable. We’re all just so grateful and happy,” he said. “We thought it was going to be a different ending and we’re so happy. … Hopefully she’s OK, we don’t know what condition. Just she’s alive.”

Barron County Sheriff Chris Fitzgerald will hold a news conference at 10 a.m. Friday to report more details in the case.

The sheriff said the department was receiving support from the FBI and state Division of Criminal Investigation.

I’m glad that she’s alive. Hopefully there are some QUESTIONS that can be answered now. People are curious about what happened to her parents. And the fact that she’s been held up somewhere leaves TOO MUCH left unanswered. Let me tell you what I hope for.

She’s the victim and there’s no doubt about it.

SHE was being held against her will, wanted to escape but couldn’t

SHE had absolutely nothing to do with the vicious murder of her parents.