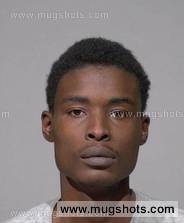 Milwaukee, WI – A 21-year-old man faces serious criminal charges after prosecutors say he contacted a 19-year-old thorough a dating app then took her to an apartment, where she was sexually assaulted by several men.

Davoncia McAfee, 21, is charged with first degree sexual assault and kidnapping. He is scheduled to appear for a preliminary hearing on Nov. 28.

Prosecutors say McAfee used the dating app “Tagged” to talk to a 19-year-old woman. The app, which developers say has 300 million registered users, is advertised as a place to chill, chat and go live. Its features are similar to the dating app Tinder.

The victim agreed to meet up with McAfee on Nov. 11.

According to the criminal complaint, the 19-year-old soon learned they weren’t alone during the meeting when a second man hiding in the back of McAfee’s car “wrapped his arm around her face and neck… pointed what felt like a small caliber handgun to the back of her neck” and placed a “blindfold over her eyes.”

The victim alleges the men led her to a nearby apartment where others were waiting. She says she was sexually assaulted for five hours by multiple men before finally being driven back to her car.

Once home, the 19-year-old posted the suspect’s Tagged profile picture on Facebook, where a user identified him. She then provided the name to police.

Prosecutors say, once in custody, McAfee admitted to bringing at least five different kidnapped women to the apartment and told them more women were likely raped “in other locations, but he was not a part of those.”

A search for evidence at the apartment where the alleged assaults took place revealed a handgun, ammunition and the 19-year-old’s victim ID card.

That bond is not enough! That’s sex trafficking and he’s getting paid for providing unsuspecting victims to his clients. He’s a disgusting, ugly pig. Instead of pimping girls on the street, he’s pretending to have genuine interest in them and establishing trust.