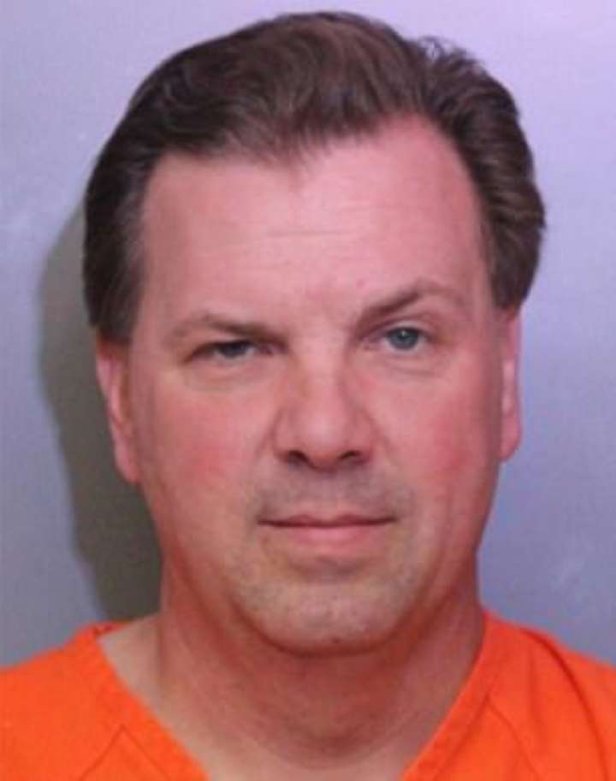 Basically, another racist moron acting as if his life was in danger while ruthlessly killing an innocent man. I think the fact that the victims last name is Lopez is a clear indication that the real perp is prejudiced towards people of color.

Here is the video link to the actual killing.

Look at that smug piece of shits face. And then he was a commissioner. We were able to stop that loser from getting any further up the political ladder.

Michael Dunn accused Lopez of stealing a hatchet from his supply store. Lopez according to Dunn slipped the hatchet into his pants and attempted to exit the store without paying. Dunn, the store owner attempted to stop Lopez from leaving. Dunn had a gun on him the entire time. Lopez kept the hatchet in his pants. Lopez slipped from Dunns grip and attempted to run but was stopped by two shots fired into his body. He fell to the ground and lay there as Dunn stared down at him. Dunn made no attempt to assist the would be thief. Some might argue that a thief deserves to die.

I don’t think they do. UNLESS THEY ARE BREAKING INTO YOUR HOME. At a department store And other situations like that, it’s stupid. Unless you feel like your life is in danger. And Michael’s life was not in danger. He was IN FULL CONTROL. He was in charge. He didn’t feel any threat of anything other than losing a few dollars of merchandise. And that should be INSURED. This guy is total garbage.

LAKELAND — Cameras were operating in the Army Navy Surplus store in North Lakeland to protect the business.

One of those surveillance cameras could prove to be a serious legal test for City Commissioner Michael Dunn.

Lakeland police Monday released video of Dunn shooting a 50-year-old man in the side as the man attempted to leave Dunn’s store.

The video, taken from the Vets Army Navy Surplus Store at 819 N. Florida Ave., shows Christobal Lopez trying to break away from Dunn’s grasp as Lopez opens the door to leave the building.

In the final moments of the Oct. 3 confrontation, Lopez is holding what appears to be a hatchet police said was stolen from the store and Dunn seemingly trying to block the man’s exit.

Dunn, pointing a handgun at Lopez, grabs his shirt and tries to pull him back into the store. When Lopez breaks free, Dunn fires into Lopez’s side.

After the shots were fired, Dunn can be seen holding the door of the business open as Lopez’s body twitches, positioned face down on the concrete pavement at the entrance. Dunn continues to point the gun, a Glock, at Lopez’s body as he holds the door open for about 15 seconds before walking outside. He stays outside for most of the remaining three minutes left on the video as Lopez lies motionless on the ground. At one point, Dunn peers back inside the store.

Police released four videos from that afternoon showing different angles inside the store. In the first video, Lopez can be seen putting what appears to be the hatchet into the front of his pants. Dunn sees Lopez put the hatchet into his pants, stands up from his office chair and places a handgun into the back of his waistband. Lopez and his father were shopping for hats before the shooting occurred, Dunn’s attorney, Rusty Franklin has said previously.

Lakeland Police Department spokesman Gary Gross said no charges have been filed in the case. He directed any inquiries to the State Attorney’s Office.

State Attorney Brian Haas said he expects the investigation to be finished by the end of the week. Haas declined to discuss details of the investigation, including why the video was released Monday.

Franklin also declined comment. He said they were cooperating with investigators on the case. Dunn, who did not return a phone message, was not present for a city commission meeting Monday.

Let me add this tidbit.

ANOTHER man named Michael Dunn was arrested in Jacksonville, Florida for shooting a teenager at a gas station. Michael argued that The teenagers music was too loud and he complained. There were several teen boys in the car and the boy who was killed was not the driver. He was in the backseat. After Michael, confronted the boys and demanded that they turn their music down, he claims he felt threatened And that he saw a gun. He began to fire shots into this car hitting the unarmed teenager in the back seat ultimately killing him.