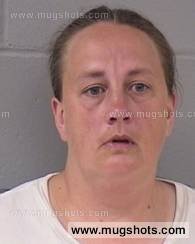 Ackley, IA – A Hardin County couple has been charged with 1st degree kidnapping.

Alex Craig Shadlow, 30, and Traci Lynn Tyler, 39, are being held on $500,000 cash only bond in the Hardin County Jail after being arrested Wednesday morning. According to court documents, Shadlow and his girlfriend Tyler kept Shadlow’s son locked in a six foot by six foot unlighted area under the basement stairs. Authorities say the boy was kept in the makeshift cell for nine hours or more each day, being released each morning to attend the school across the street from Shadlow and Tyler’s home.

Law enforcement says the boy was not allowed out from under the stairs to use the bathroom and was given a small tin coffee can instead. Authorities say he was also forced to sleep on the cement floor without a mattress, pillow, or blanket. In addition, Shadlow and Tyler reportedly told the boy that a “dog had died” or was buried in the space in the space under the stairs.

Authorities say the boy suffered permanent scarring on his back and limbs from the abuse and has shown signs of post-traumatic stress disorder.

The boy was removed from Shadlow’s home after teachers reported he showed low body weight, had hair falling out in patches, and repeatedly demonstrated what is described as food-seeking. A teacher said the boy eventually said he was locked under the stairs after school each day and not released until the next morning. A Department of Human Services worker made an unannounced visit to the home, photographed the enclosure under the basement stairs, and reported that Tyler admitted they locked the boy in there.

1st degree kidnapping in Iowa is a class “A” felony, punishable by life in prison without possibility of parole. This case was investigated by the Iowa Division of Criminal Investigation with the assistance of the Ackley Police Department, Hardin County Sheriff’s Office, and Hardin County Attorney’s Office.

What a piece of shit these two are. Imagine a CHILD suffering from PTSD. He’s not old enough to be having these experiences and yet his little mind is struggling with memories from being locked in a darkened basement and urinating in a tin can. What did this child do to deserve this?

These two need to be locked up in a 4×4 room. They deserve to be beaten up every time they attempt to sleep or touch the wall. They need to be starved and given a tin can to pee in. But nope. We’re too Christian for that. We don’t really want to hurt those who hurt others because two wrongs don’t make a right. We have to remind ourselves of what Jesus Would do. We don’t treat people the way they treat others, we lock them up and babysit them for 25 years.

The punishment these two deserve won’t be the punishment that they get. THANKS America. Thanks for teaching our kids that if they have enough bail money, they can walk the streets. Luckily in this case bail was set at half a million. That’s the only good thing about this story.