So I’m starting a new thing on my blog. It’s posting stories from the past. Great archived stories that I find interesting
September 2014 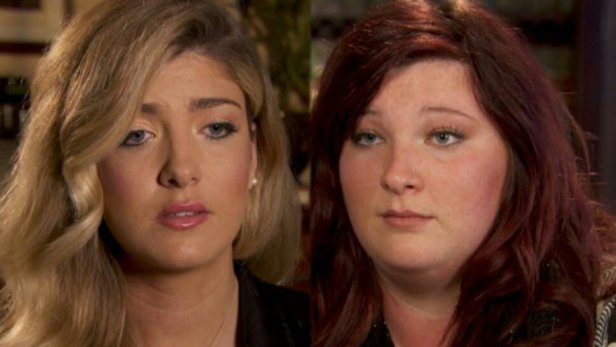 They went looking for love online. Two women picked a website they say they thought they could trust, ChristianMingle.com.

Victoria Kinney is a California beauty queen. She told INSIDE EDITION, “A friend had talked me into it and we tried it out for a short time.” When she was introduced to 38-year-old Sean Banks on Christian Mingle she was excited. She thought he might be “Mr. Right.” He was handsome, well spoken, to top it off, he was a former Navy Lieutenant. Perfect.“He was a nice Christian man from Texas who seemed to have very good morals and ethics. He was educated, very nice, and charming,” she said. Shortly after connecting with Banks on the popular dating website, she started getting an uneasy feeling about him.She said, “He called me out of the blue, which I had not given him my phone number. He had let me know that he had gotten my phone number from the internet where that is impossible, because I have never posted my number on the internet.” Kinney came to believe Banks was hacking into her personal email and her smart phone.“He knew everything about me. My family’s address, my address, were I had lived in London. Details no one else would know,” she said. Kinney started checking into Banks’ background and what she found startled her. She commented, “He said he had been arrested for rape on multiple occasions and that it wasn’t true. I was horrified. It was just really, really scary.”Twenty-four-year-old Katie Kulman also met Banks on Christian Mingle. The deeply religious women thought Banks was the real deal.Kulman told INSIDE EDITION, “He was well versed in scripture in religion, in theology and so I played into that. I believed him.”After a month of talking on the phone, she invited him over to watch a movie. Within minutes she knew she’d made a mistake. She gave her account in court, saying, “Sean put his hand tighly around my neck and told me that it was crazy to him that with just one twist you could snap someone’s neck and kill them.”Then, he took her into her bedroom and raped her. Incredibly after the crime, Banks texted the victim from outside her apartment claiming he had never arrived in hopes of establishing an alibi.“That’s when I got angry. I realized he was trying to say that he did not come over,” she said. Kulman called police and Banks was arrested. Later, a second victim who wanted to remain anonymous came forward and prosecutors charged Banks. At trial, prosecutors described a book they found on his computer called:  How To Get The Women You Desire Into Bed. Chapters include: “How To Fake Like You Are Warm And Friendly,” including “Faking Being Religious.”Gloria Allred is representing Kulman.Allred told INSIDE EDITION, “Now that he is in prison he will have plenty of time to read other books that hopefully will be more helpful to him than that one was.” Women who went looking for a match made in heaven instead they found a monster.Kulman declared, ‘I feel like I stopped a bomb.”

Del Mar man convicted of raping two women he met on the online dating sites ChristianMingle.com and Match.com was sentenced Friday to 37 years to life in prison.

In his final statement before he was punished, Navy Lieutenant Sean Banks quoted what he said was his favorite Bible verse.

“You intended to harm me, but God intended it for good,” Banks said, noting he would drop his appeal if one of the victims passed a polygraph test.

Banks’ words apparently didn’t put him in good graces with the judge, who gave him the high end of the sentencing range and denied him probation. A restraining order also will bar Banks from the two victims for 10 years.