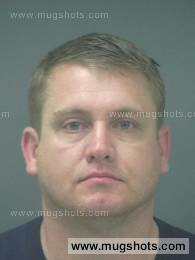 Santa Rosa County, FL – Danny Ray Murphy was emotional as he read a letter to his victim in the minutes before he was sentenced to 40 years in federal prison Friday.

The 3-year-old boy, whose name Murphy still does not know, was repeatedly raped and both images and video of the abuse were sent to Murphy. The jury who convicted Murphy heard during trial that he had been messaging back and forth with the child’s abuser on social media for months, asking for more images and video.

He planned with the abuser to meet to sexually assault the child together, and at one point suggested using the Santa Rosa County fire station where Murphy worked, because it had a soundproof room.

“Not only are you a victim, you’re a survivor, and hopefully you never know what it is you survived,” Murphy read during sentencing.

The chats started in late 2016 when Murphy responded to a Craigslist advertisement about sexual fantasies.

The conversation turned to sexually assaulting a young boy, and continued for months until Murphy’s arrest. Undercover investigators arrested another man in connection to the crime, Charles McConnell, and took over his online identity to track down Murphy.

Murphy asked for leniency based on the fact he was a first responder, a former Marine and a man without a criminal history. Murphy likened himself to a computer program that runs efficiently during its whole life, but temporarily malfunctions.

But Chief District Judge M. Casey Rodgers didn’t agree, calling it one of the saddest and most tragic cases she had seen. Rodgers and Assistant U.S. Attorney David Goldberg read portions of the chat messages between the child’s attacker and Murphy, maintaining that even though Murphy did not physically touch the child, he solicited the production of child pornography in asking for more images.

During trial, Murphy took the stand and initially said he was only sending the messages in an attempt to save the child. He said he thought if he could arrange a meeting, he would be able to notify authorities.

Though, in sentencing, Murphy said he doesn’t know why he committed the crimes.

“I can’t begin to understand the depravity of mind and heart you have,” Rodgers told Murphy.

Rodgers sentenced Murphy to the maximum allowed sentence for the crimes, which is 40 years. Upon release, he won’t be allowed to own a computer, cellphone or use the internet, and he will be on lifetime supervision.

A third man charged in the same case, Jonah Authement, pleaded no contest to his charges this week. Authement also was charged with a slew of child pornography offenses for messaging back and forth with McConnell about meeting to sexually abuse the child. He also was arrested based on undercover investigators’ messages to meet up for the acts.

McConnell was charged with 38 offenses including sexual battery, promoting sexual performance of a child, and child pornography possession.

His case is still ongoing in Escambia County Court and his next docket day is scheduled in December.

Of all the people, who would suspect this guy?  He’s got everything going for him. What’s going on in his brain where he thought this was acceptable?  How could he do this?  And then asking for leniency.  These guys are Supposed to be our heroes. Children look up to them. It’s at the place now where none of us can say that we know anybody for sure. It’s sad.