We are all old enough to realize that love is just a fairy tale. Yes we meet, yes we fall in love. And yes we HOPE that our partners won’t cheat on us.

But we’ve got no guarantees. Even threatening violence won’t stop a cheating heart. 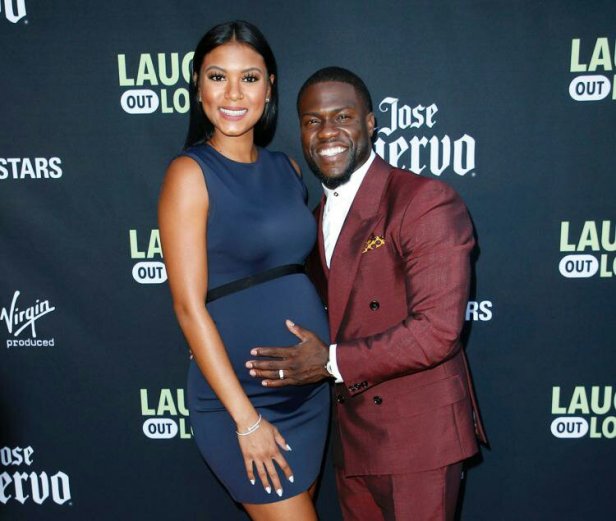 Yeah so anyway. Kevin’s first wife Torrei Hart was cheated on. He was cheating with Eniko and that lead to the separation then divorce. Then he and his mistress Eniko got married a year ago and he just cheated on her.

I read a statement today that pretty much summed this up.

“Eniko needs to realize that once she took the wife’s spot, that all of a sudden her position would be VACANT”.

WHOA! Say what? Basically since you were the mistress and now you’re the wife, there’s a spot open for a mistress and it just can’t be you. Lol you’re the wife now. 😂😂😂😁😁😁😃😃😃😅
That’s some shady shit huh? And I watched the apology video. Is he sorry? Nope. Only that he got caught. Why I know he’s not sorry? Because in his video skit where he’s talking about the infidelity in the first marriage, he says, HE’S NOT SORRY. And the audience loved it.

He wouldn’t change a thing. He doesn’t even really see cheating as the problem.
Eniko probably should have watched these skits before hooking up with him. Because he’s literally telling you how he sees things. He’s telling you in a comedic way that he’s a cheater.

Will he leave his wife? Nope. He likes being married. He likes having a family. Will his current wife leave? If she were smart? Hell no. STAY YOUR ASS RIGHT THERE. If I were her, I wouldn’t leave. I’d let him make it up to me and keep right on moving. Why? She’s not gonna get ANY better. Kevin Hart is the best she can do.

She’s a beautiful lady, but this is it for her. She’s lucky to have found Kevin. I see pretty women everyday in the ghetto with some piece of broke shit on their arm.  I’d rather be cheated on by a wealthy man than a broke bum. Her child or children will be well taken Care of. If she leaves, she’ll have nothing. Its better for her to stay. Also for the logical reason she should stay. You were a mistress. You cheated with a married man. Now you’re his wife. Karma is a bitch. Suck it up cupcake. One shitty deed deserves another.

Right? Now if she discovers that he’s a serial cheater, then she can decide to divorce him. But I’d ride that shit out as long as I could. Why? Because you know she still loves him. She still wants him. He still wants her. Because he’s there and no man stays where he doesn’t want to be. Even if its for selfish reasons. He’s still there. Even if its because he knows she’s gonna bite her tongue when arguing with him because well, she knowingly married a cheater. He’ll still stay put. EVERY EVERY EVERY man wants a wife who will NEVER leave. They want you to stay no matter what.

Even if that no matter what is.

Getting other women pregnant

Realizing that he has weird fetishes of watching naked toddlers

Being the neighborhood peeping Tom

They want you to stay no matter what they do.  So they choose carefully. They groom relentlessly to make sure that you are THE ONE. To make sure that you won’t leave. Yes that is disgustingly selfish that they want someone to tolerate all of their mess, but its the truth. Some husbands are messier than others. Choose your poison wisely.

That’s why he calls her his rib. Kevin wants her there beside him through thick and thin through all of his filth. She’s the lucky winner. He put a ring on it.

The same with Jay Z and Beyonce. She thought that because she is BEYONCE that her man wouldn’t cheat. Girl if Selma Hayeks husband cheated on her and Halle Berry had men cheat on her, boo you ought to know you will be cheated on. Because a spouse cheating on you isn’t about you. Its about them. They have a problem and no matter how sexy, smart, funny, intelligent, and independent business having woman you are, they will still cheat. Why? Because they want to and they can.

Women need to stop with all the, I GOT MY OWN MONEY, I’m all that, look at me, I’m sexy he’ll never leave, I’m AIl educated and have many degrees, lol girl they will leave. They always do. If you’re lucky you’ll get one who stays. But it won’t be because of anything you do, it’ll be because he WANTS to stay.

May this fucked up couple have a long lasting union of bullshit, unfaithfulness and horrible confessions just like the rest of us. 😂😂cheers to MARRIAGE! 👍

So anyway this chick comes forth with a tape that she has of Kevin getting extra close to a girl on a couch at a club. Then the scene allegedly goes to a bedroom where you’re supposed to hear a bed creaking and then a naked man surfaces who is allegedly Kevin Hart. I say allegedly because I’ve not seen any videos and can’t find any videos showing this. Just TMZ talking abut it. The girl was  trying to extort money from Kevin but he refuses to pay and instead chose to publicly confess to his wife and kids. He says he’s sorry.

He’s got a point though. You can’t be a  celebrity and cheat. Everybody knows your business. And you can’t trust anyone. Everybody is out to get something from you. He should have thought about this before cutting up.

4 thoughts on “What happened with Kevin Hart”