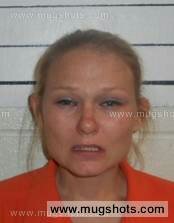 Muskogee, OK – A Muskogee man who was charged with two counts child sexual abuse, soliciting a minor for indecent exposure, and possession of juvenile pornography pleaded guilty to all charges.

All but the first 25 years of the 30-year sentences were suspended, and each sentence is to run concurrently.

Smith, who was sentenced Thursday, will not be eligible for parole for at least 21 years and three months because child sexual abuse is a crime in which 85 percent of the time sentenced must be served before being considered for parole.

In addition, Smith will have to register as a sex offender upon his release, according to the Oklahoma Sex Offenders Registration Act.

Smith has a prior conviction of two counts of lewd or indecent proposals/acts to a child, according to Department of Corrections records.

However, because he was convicted in June 1989, and the Oklahoma Sex Offender Registration Act did not go into effect until Nov. 1, 1989, he was not registered as a sex offender.

In the case Smith pleaded guilty to on Thursday, he was accused of sexually assaulting a 13-year-old on New Year’s Eve 2013 by “performing oral sex” on the child, according to court documents.

A woman who allegedly provided the child for Smith to assault in exchange for money is held without bond in the Muskogee County/City Detention Facility awaiting trial.

Heather Barbee, 34, is accused of sending “juveniles … to perform sexual acts with an adult. The suspect then received payment from the adult in exchange for her not reporting the incident to the police,” the probable cause affidavit in her case says.

Barbee is charged with two counts of enabling child sexual abuse, and returns to court Oct. 12.