Raleigh, North Carolina, man accused of killing his wife told a 911 dispatcher that he took too much cold medicine and woke up to find her “dead on the floor.”

Early Friday morning, Matthew Phelps, 28, called 911 and told the dispatcher, “I had a dream and then I turned on the lights and she’s dead on the floor.”

“I have blood all over me and there’s a bloody knife on the bed,” Phelps said. “I think I did it.”

The Raleigh Police Department released the audio from the 911 call but redacted some information and altered the caller’s voice.

The dispatcher asked if the victim was awake, and Phelps responded ”

She’s not breathing. Oh my God.” The dispatcher asked if the victim was beyond help, and Phelps emotionally said, “I don’t know. I’m too scared to get too close to her. … I’m so scared.”

Bayer, the makers of Coricidin, said in a statement, “Bayer extends our deepest sympathies to this family.”

“Patient safety is our top priority, and we continually monitor adverse events regarding all of our products,” Bayer said, adding, “There is no evidence to suggest that Coricidin is associated with violent behavior.”

Matthew Phelps was charged with murder, police said. According to ABC Durham station WTVD, he is being held without bond and is expected to appear in court Tuesday. It was not known if he had an attorney, The Associated Press said.

WTVD said the couple had been married since last year.

Bayer is so right. Their cough syrup doesn’t cause Violence. However when you’re mixing it with other chemicals to make METH, then yessir indeedy, it can cause violent behavior. That man know he’s on that stuff. OK I really don’t know. I’m sorry. Hold on let me go look up their profiles. Brb. 😊

Everything looks normal. He looks sober.  Matthew is an aspiring pastor.

There’s no way possible I’m going to believe that cough medicine caused this. Maybe he wasn’t on drugs, but he did this thing and hiding behind something that children can take in moderation isn’t making him Look good. According to the side effects of the medication that he took, paranoia is a side effect and …

Triple C is a slang term for the over-the-counter medication Coricidin HBP Cough & Cold, which contains dextromethorphan, or DXM. 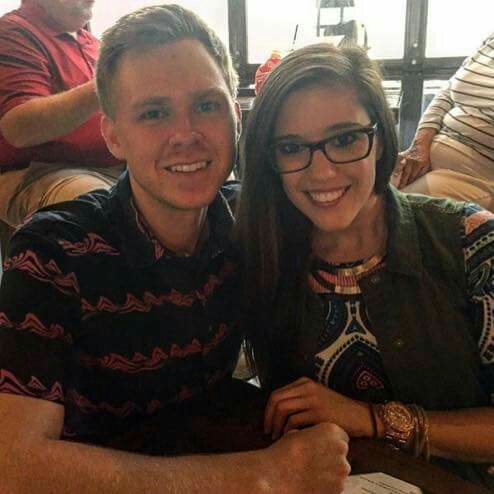 He needs to be More responsible for this. He probably thought that he was OK because he wasn’t doing drugs or drinking alcohol. But technically he was abusing this cold medicine. We have a responsibility to ensure the safety of others around us when we take medications. This story is so sad because she send like the sweetest Young lady.